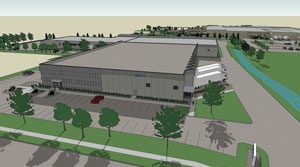 Uponor North America is expanding its manufacturing facility in Apple Valley, Minnesota, beginning late spring 2017, with completion expected by January 2018. The $17.4-million investment will be used toward the expansion of an additional 58,000 square feet to increase manufacturing capacity to meet customer demand.

Uponor has also leased an 8,500-square-foot office and lab space in a building next to its manufacturing annex, which the company’s technology group will occupy beginning mid-May 2017.

The company’s North American investments and growth are not limited to the United States. Uponor officials announced last year it was consolidating the Canadian head office with its eastern distribution center, which moved to Mississauga, Ontario, last June; the Canadian headquarters moved into the same building last month.