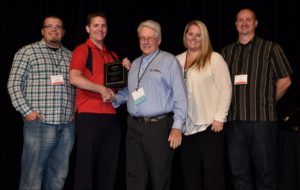 The NCCA Safety Committee selected Steelscape from 40 plants that were considered for the award. The entries were judged on the basis of data reported to OSHA. The Safety Committee interviewed the top four plants, and then visited the top two plants to evaluate their safety programs. Steelscape’s record speaks for itself, with no recordable incidents from 2013 to 2016.

Steelscape received this award seven other times and has an unparalleled long-term safety record that provides evidence of the effectiveness of its programs. Upper management continues to strongly support the safety program, as they continue to invest in safety improvements in the plant.