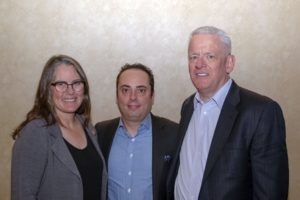 Nortek Air Solutions was recently recognized for its contribution to HVAC/R research by the American Society of Heating, Refrigerating and Air-Conditioning Engineers’ Research Promotion campaign.

The presentation marks the 19th consecutive year of RP donations for NAS, putting it in the top 20 of 7,000 RP donors. RP is a grassroots campaign that raised a program record of $2.708 million in funds last year for research, scholarships, comprehensive educational activities and young engineers in ASHRAE.

HVAC/P Products is a product news publication for the HVAC and plumbing industries and is published by Inform Publishing Group, a family-owned business based in Scottsdale, AZ.