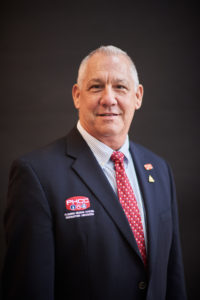 Hunter Botto was installed as the newest president of the Plumbing-Heating-Cooling Contractors—National Association during PHCCCONNECT2020. Botto pledged to build on the advancements underway and strive to make them even better. He also encouraged PHCC members to get involved with the organization, stating: “It is our responsibility to be the leaders moving forward and teach the next generation … let’s all of us ‘get it done’ … I’m ready; we are ready; all of us need to be ready to launch into the new normal.”

A third-generation plumber, he has a long history with his family business – Botto Brothers Plumbing & Heating in Hicksville, New York. In 1980, he was honorably discharged from the U.S. Navy, where he served as a boiler technician. He attended the Mechanics Institute in New York City from 1980-84 and became a licensed master plumber in 1989. Several years later, his father retired, and Botto took over the company, assuming ownership (together with his brother Roger) in 1993.

Along the way, he has moved through the ranks at PHCC, from local and state levels to leadership positions at PHCC—National; he has served as chapter president of PHCC of New York, as a zone director and, most recently, as PHCC—National vice president and president-elect. He also served as chair of the PHCC Political Action Committee for several years, leading initiatives to strengthen PHCC’s advocacy efforts.