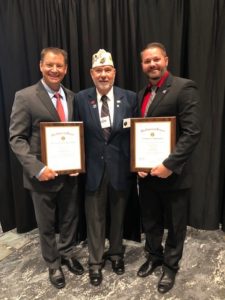 The company is one of the leading employers of veterans in not only Wisconsin, but all their locations throughout the United States, with more than 400 team members having served in the military, making veterans more than 10% of Greenheck Group’s total number of team members. The company was founded in 1947 by Bob and Bernie Greenheck after both served and returned home to Wisconsin from World War II. Their commitment to the employment and support of veterans has been a priority from the beginning.

The annual Employer of Veterans awards, presented by The American Legion’s National Veterans Employment & Education Commission since 1969, are given to businesses across the country that have established outstanding records in employing and retaining veterans, workers with disabilities and older members of the workforce.