Are You Up to Speed on Inverter Technology? 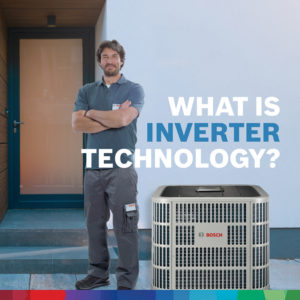 This past summer was a hot one. According to a recent National Oceanic and Atmospheric Administration report, August was the sixth warmest month on record and 2021 will end up as one of the Top 10 warmest years since the agency started keeping track in 1880. This trend is not slowing down and air conditioning is on peoples’ minds for the foreseeable future. We want it, we need it and more people in more places across the country — including people in areas like Seattle, Washington who have never needed it before — are installing new or upgraded systems, which is a benefit for HVAC contractors.

One of the hottest and newer trends in both cooling and heating systems is eco-friendly inverter technology. Inverters allow a heating or cooling system to vary its output and regulate the refrigerant flow speed. Electricity is sent to an inverter first, which then regulates how much power reaches the compressor. Inverter technology has rapidly evolved, and though contractors many not have a lot of experience with this type of technology, they soon will because manufacturers have begun adding inverter-controlled compressors to central air conditioning and heat pump systems, bringing new levels of efficiency and comfort.

Compressors have evolved from the single-stage, the traditional “all or nothing” approach that has been the staple for decades in American homes, to two-stage, which provide a little variety in their energy efficiency, to now where there are compressors with multi-stage, variable speed or fully modulating inverters.

The variable speed, or fully modulating inverter duct systems, are intelligent systems that can typically run as low as 25% capacity and go up to 100%, in increments of 1%. This pinpoint accuracy is achieved by constantly monitoring the temperature and modulating the flow in extremely small increments. One of the natural outcomes of functioning this way is the systems are powered on almost all the time — but because they have very few power-up/power-down moments and are running at a much lower speed, they are more economical than any other system.

A note for contractors when recommending variable speed compressors is to pay close attention to the unit they are considering. Some manufacturers may claim units are variable speed, when in fact they should be classified as multi-stage compressors.

Currently, inverters are much more popular in the residential space versus the commercial space. That said, growth in the ductless minisplit market in light commercial applications, both in retrofit and new construction applications has been on the rise. Ductless products are a simple solution to be used in small restaurants and bars, and the inverter technology is pretty much standard in ductless technology. In multi-family units and light commercial spaces, central inverter heat pumps are also being used. Typically, inverters are more common in tonnages less than 5 tons (60,000 Btu/hr).

In large commercial spaces, the HVAC equipment tends to be much larger, such as rooftop units, which usually employ one very large HVAC system to connect into ductwork that supplies an entire building. In these larger commercial applications, the type of product used also tends to be lower efficiency and lower price point. While there are some incentives for commercial customers to choose higher-efficiency equipment, the rebates and incentives are much more widespread for single-family residential homes.

Additionally, the Department of Energy only regulates HVAC equipment <65,000 Btu/hr, which are typically residential or light commercial applications. Because the DOE governs efficiency legislation for smaller more residential equipment, equipment suited for residential spaces tends to have higher-minimum federal efficiency requirements than larger commercial equipment. Because inverter technology naturally fits into a more premium and the highest-efficiency category, it is more of a natural fit for residential applications where the homeowner is in charge of their own HVAC equipment selection and is responsible for paying the energy bill.

Beyond the health and lifestyle benefits that combat carbon emissions and air pollution caused by burning fossil fuels, inverter compressors have an impact on an issue that has increasingly more relevance in today’s homes, offices and schools: noise pollution. Inverter systems ramp up slowly and are much quieter than the persistent drone and vibrations of traditional models. This is more important than it might look on the surface. A study by the European Union, “Noise Impacts on Health Environment Science for Environment Policy,” reported that several health issues can be caused by noise pollution, including stress and weakened mental acuity, as well as elevated blood pressure and heart rates. Noise pollution also has been linked to other more serious health problems such as dementia, stroke and heart attacks.

Leveraging new fan blade technology, coupled with sound-isolating mounts and outdoor condensing section placement, means new systems can deliver outdoor sound levels as low as 56 dBA, which is far superior to any standard systems the market has seen to date.

While inverter technology delivers high-efficiency and indoor comfort, these systems do have a higher upfront cost. Though, due to the higher SEER ratings, the payback period is much quicker and the savings from lower utility bills continue for the life of the system – making this a great selling point for contractors.

Additionally, several municipalities are working to limit the carbon footprint by enacting legislation and regulations for electric-only and even zero emissions for new construction. With these efforts come tax credits, local rebates and other incentives for installing energy-efficient equipment – another great benefit for the investment. These rebates and credits can negate the premium price tag for better technologies such as inverters, so in the end the price for a high-quality, high-tier product comes down to the mid-range level. In addition, today’s inverter systems are as easy for contractors to install as the old single-stage systems.

The city is happy, the contractor can offer more options without more hassle and the now eco-conscious homeowner can enjoy a comfortable temperature no matter the weather outside.

Katelyn Woodling is the manager of product management for Bosch Thermotechnology North America.